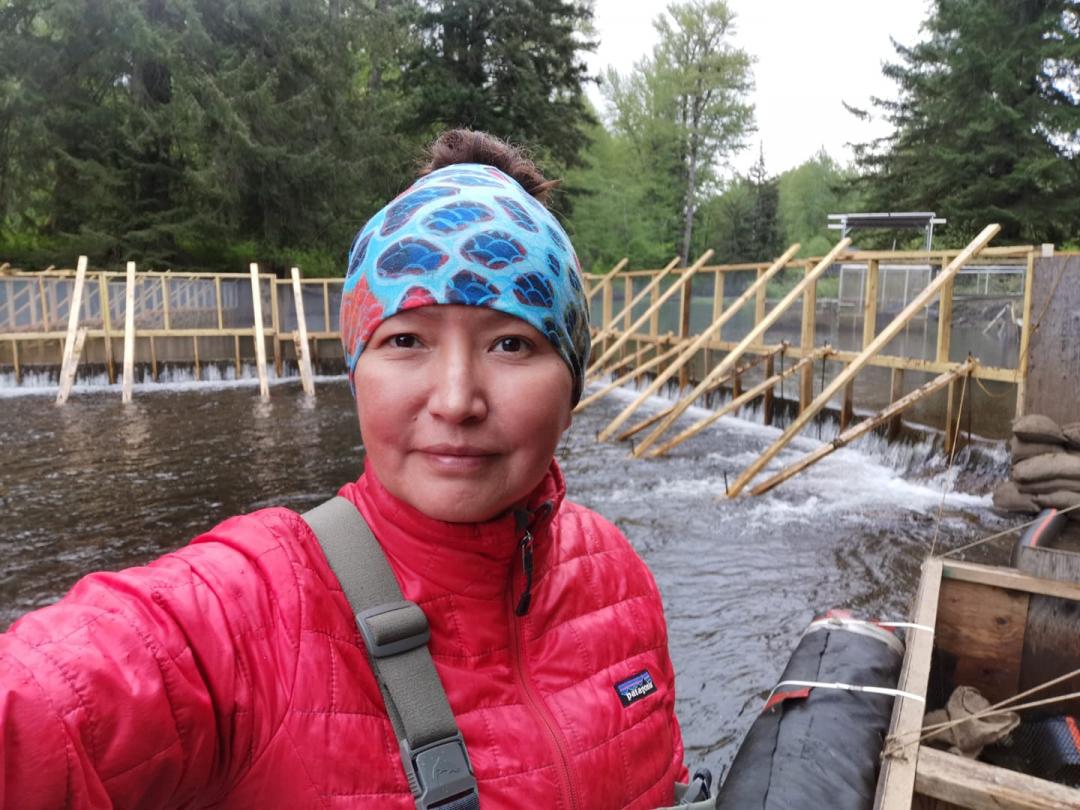 Nicole (Cole) Morven is the Harvest Monitor Coordinator for the Nisga’a Fisheries and Wildlife Department. This conversation was facilitated by TST Outreach and Communications Coordinator, Emily Diemert, and has been edited for length and clarity.

Can you tell us a little bit about yourself and your territory?

My name is Nicole Morven and I am the Harvest Monitor Coordinator for the Nisga’a Fisheries and Wildlife Department. I have worked here in the Nisga’a Nation since 2008. The Nisga’a Nation is located about 100 kilometres north of Terrace, British Columbia. Nisga’a has four communities in the valley (Gingolx, Gitwinksihlkw, Laxgalts'ap, and Gitlaxt'aamiks) and three urban locals (Vancouver-local, Terrace-local, and Prince Rupert-local).

How did you become a Guardian?

I was going to school at the Wilp Wilxo'oskwhl (House of Wisdom) Nisga'a Institute (WNNI) when I found out about the wildlife monitoring position. When I first started I worked as a wildlife monitor and on the non-salmon project. I also worked on the juvenile and adult coho fence, and did salmon catch monitoring. Aside from that, I was doing moose, goat, crab, and sea lion surveys; helping with creek walks; and assisting on the fish wheels when needed.

What is an important Guardian skill that you think would surprise people?

One of the surprising skills I’ve learned through working in Nisga’a Fisheries is interview skills. It’s important to be able to have a conversation with the people you want to gather information from rather than just drilling them with questions.

I believe in attending to things culturally and letting people know who you are and where you come from. When I first started conducting interviews in the field I found it a bit intimidating, but once everybody realized who I was and where I came from–my parents, my mother, father-in-law, and my husband–it was a little easier to approach hunters and fishers to gather data. Now some of them are even surprised when I'm finished interviewing them. They say things like “Wait! Aren't you going to ask us questions?”, but I already have–I've just been able to gather the data I need through conversation.

Over the years, I’ve seen that being able to facilitate those conversations has a huge effect on how people work with you. I'm able to go into these different settings and have a casual conversation with hunters and fishers to get the data I need. When I can learn about what they do and why they do what they do–that's one of the main parts of this job that I just love.

What is one of your favorite parts of Guardian work?

As I went from camp to camp that night–I had to stop and tell myself, “I'm never going to experience this again”... I took video and pictures, but they didn't do it justice. You had to be there.

What is one of your favorite memories from your Guardian work experience?

My favorite story, through all the years that I've been with Nisga’a Fisheries, was when I was able to go ice fishing with the fishery bay crew. I’ve been out three or four times since I began working with them.

With a safety plan in hand, they took me along one night when they were prepping for a major tide. Each camp had their own spot on the river where they would go and prep the ice. They were cutting up ice blocks so they could get their nets down that night to fish. It was amazing to see that the ice wasn't a barrier for them. They learned to fish with the ice. So to watch them set things up and get ready–checking the time, checking the tide–it was neat to see that whole process in person. At night you could see the cabins with their lights on and the quads coming and going. Everyone was pulling their nets up through the ice, bringing in the fish, throwing it on their quads and skidoos, and then running them out of the camps.

It was amazing to see the pride they had in providing for their families, their elders, and the Nation as a whole (that includes the urban locals). All the camps take care of their people–they take pride in doing that. I just felt (and still feel today) blessed to have been a part of that team, it was amazing to be a part of it and to witness.

As I went from camp to camp that night–I had to stop and tell myself, “I'm never going to experience this again”.  I remember looking around and it was just this awesome little Oolichan town. We had the saviour fish flowing beneath our feet under the ice–the ice was glowing. I took video and pictures, but they didn't do it justice. You had to be there.

Stay connected and learn more about the work Cole is doing with the Nisga’a Fisheries and Wildlife Department by following her on Facebook, TikTok, YouTube.