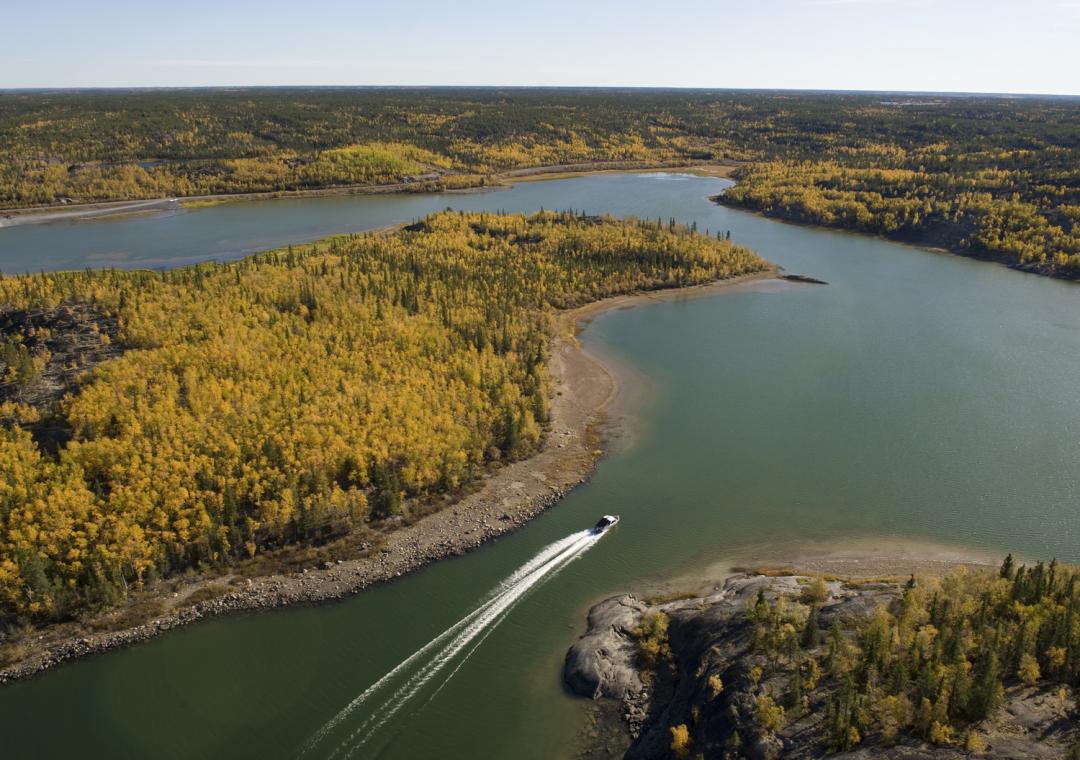 “Indigenous communities across the country are playing a critical role in collecting water data that is invaluable for informing water stewardship” says Carolyn DuBois who leads Mackenzie DataStream through The Gordon Foundation. “A challenge that we are seeing is that in some cases, communities’ capacity to collect data is outstripping their ability to manage it and there is an opportunity for the water data being collected to have a greater impact”. DuBois points out that communities across the country often face data management challenges and says DataStream is helping to solve this issue.

Mackenzie DataStream is an open access platform that houses water data from Indigenous communities, government and researchers throughout the Mackenzie River Basin (1.7 million square kilometers that drains 20% of Canada’s land mass).  Data can be accessed as raw data or viewed with easy to use visualization and reporting tools. DataStream’s mission is to promote knowledge sharing and advance collaborative, evidence-based decision-making to support healthy waters for generations to come.

Indigenous Guardian and other monitoring programs maintain responsibility for, and control over their monitoring activities. What DataStream provides is openly accessible (free) infrastructure that these groups can “plug into” to manage, visualize, and share their data.  The water data sets contributed by communities and other organizations are then accessible to be used in decision-making by Indigenous governments (and others) to protect and manage water.   Data contributors maintain complete ownership of their data, but because the data is intended to be openly accessible, DataStream is only for water data that communities want to share publicly.

DataStream was first piloted in the Mackenzie Basin through a unique collaboration between The Gordon Foundation and the Government of the Northwest Territories, Mackenzie DataStream’s Founding Partner. The success of DataStream throughout the Mackenzie Basin has allowed the platform to be expanded to Atlantic Canada (launching Fall 2018) and the Lake Winnipeg Basin (Winter 2018/2019).

“A lot of effort goes into water monitoring, but oftentimes we aren’t making the most of these investments because we aren’t sharing the results,” says DuBois. “By making data open, we open up greater possibilities for it to be used in decision-making and stewardship efforts. This is especially important when we are talking about water, which is constantly moving through watersheds and where we all share a responsibility for taking care of it.”

Find out more at www.MackenzieDataStream.ca

How will you report on and share your data and monitoring results?