Skip to main content
How are Guardian programs funded across Canada? 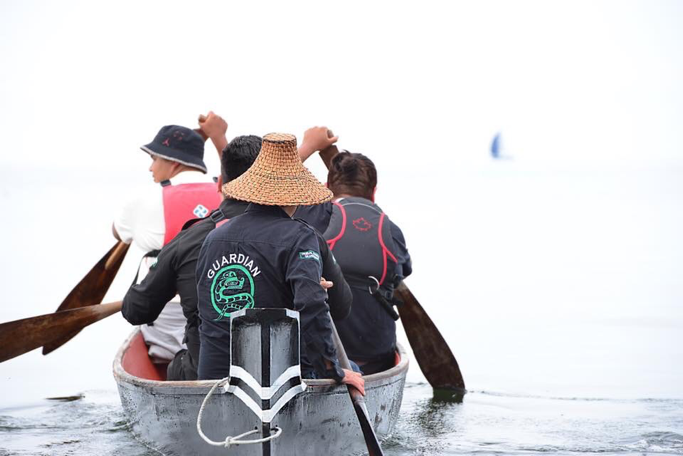 $2.3 Million per year – that is the amount that the Tla-o-qui-aht First Nations hope to one day generate each year for their Guardian program and other projects in their community through an Ecosystem Service fee. Finding long-term funding for Guardian Programs can be challenging, and the Tla-o-qui-aht First Nations have developed the Tribal Parks Allies program to meet this challenge. The Tribal Parks Allies program is a voluntary certification system set up to charge a fee to businesses that operate within or benefit from Tla-o-qui-aht territory. According to Tourism Tofino, tourism in the region was worth $230 million in direct revenue in 2018. The Tla-o-qui-aht hope that 1% of this revenue will come back to their communities.

“Tla-o-qui-aht Guardians protect our ancient rainforests, restore our damaged rivers and salmon habitat, clean our beaches and backroads, and maintain a presence throughout the territory. The Tourism Economy benefits from our stewardship, yet we don’t benefit from tourism. We’ve done a lot with our underfunded Guardian’s program, but our forests are still zoned as tree farms and our salmon stocks are crashing. We can’t adequately heal our homeland without healing our communities with it.” – Saya Masso, Tla-o-qui-aht Lands Director

Enrollment in the program is voluntary. A business like The Common Loaf Bake Shop in Tofino signs up and they agree to comply with the certification standards determined by Tla-o-qui-aht, which includes the 1% revenue fee to support regional Tribal Parks services. In return, they can display the Tribal Parks Allies logo and advertise themselves as friends of the Tla-o-qui-aht First Nation. 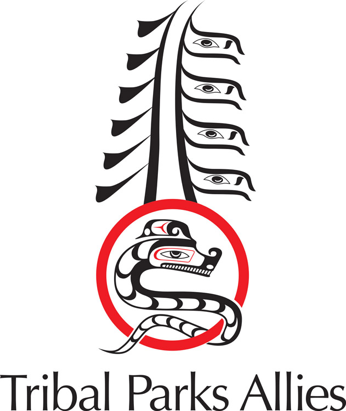 “During ‘The War in the Woods’ in 1984, blockades against clearcut logging of the Tla-o-qui-aht homeland came to a head on Wanačis ḥiłhuuɁis (Meares Island). Wanačis ḥiłhuuɁis Tribal Park, the first of four Tla-o-qui-aht Tribal Parks, was asserted at that time. This was the first time that the non-Indigenous community recognized how much they benefitted from living in a Tribal Park. If it wasn’t for our jurisdiction here, the forest would never have been protected against logging.” – Terry Dorward, Tribal Parks Coordinator

Since the program was launched in 2018, 28 businesses have been certified as Tribal Park Allies. Just over $84,000 was raised in 2019. These funds paid the wages of three Junior Guardians throughout the summer and enabled Tla-o-qui-aht to acquire a marine vessel that will allow Guardians to better monitor and maintain remote areas of the Tribal Parks.

“‘Early contact’ is often thought of by museums as the initial encounters between First Nations and Europeans, such as when Captain Cook was found lost in the fog by a Muwačatḥ canoe in 1778. 1778 is not a very long time ago in terms of Nuučaanuł history and deep relationship with these lands and waters. In our cultural context, ‘early contact’ began recently, and is still happening now.” – Gisele Martin, Land Vision Coordinator

While tourism is a major economic engine here, there are major costs associated with the industry. Currently Tla-o-qui-aht community members bear the costs, while non-Indigenous residents and seasonal visitors reap the benefits. For the Tla-o-qui-aht, the Tribal Parks Allies program is a roadmap towards building equity and a culture of respect. It will be a model for implementing the United Nations Declaration on the Rights of Indigenous People (UNDRIP).

How are Guardian programs funded across Canada?